Read all about it!! 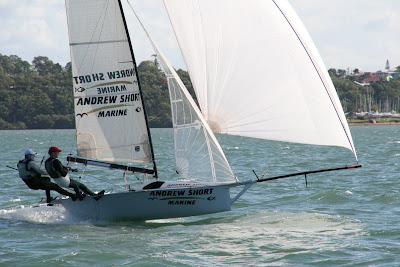 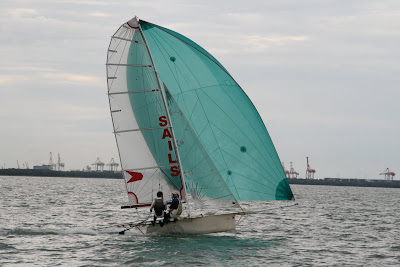 Moreton Bay will be cranking over Easter as the 12 ft skiffs line up to contest for the Norman Booth Trophy at the Royal Queensland Yacht Squadron. It is a tightly contested National Championship that has been running since 1925. The skiffs are sailed in Brisbane and Sydney and about 25 skiffs are expected to be vying for the championship. A predicted southerly change arriving on Saturday will guarantee spectacular spinnaker rides and spills for the contestants & spectators alike on the choppy ramps of Waterloo Bay.

The twelves are a development class with a bare minimum of rules and the most advanced technologically of the skiff classes. No restrictions on rig number, size or sail area make the skiffs fast across a wide variety of conditions and ensure they are one of the most challenging classes to sail as the skiffs regularly become airborne sailing under their huge spinnakers.

The six race series will take place from Friday 22 April to Monday 25 April commencing with a race around Green Island. The best place to see the racing is on the water. A spectator boat with limited capacity will leave from RQYS on Saturday. If you aren’t able to be on the water feel free to come along and check out the action from RQYS viewing platform or Darling Point.
Posted by QldSkiffies at 4:15 PM